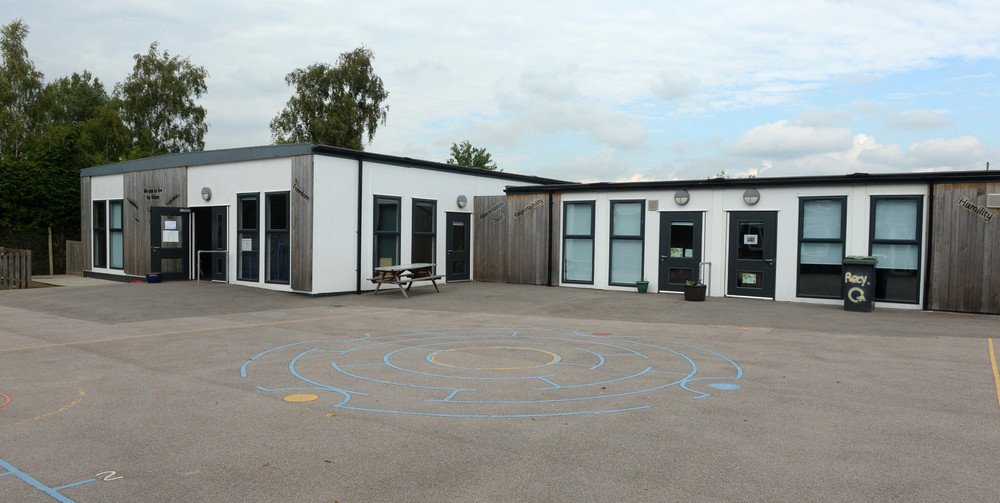 After consulting with parents on a 'right to request' for wraparound care, we asked two providers to consider providing this service for us. Both providers informed us that due to the low number of requests for this service, that they could not proceed with this any further.

Senior Christmas Meal - December 2021
The children of the Year 3 and 4 Choir sang some wonderful Christmas hymns at the Senior Christmas Dinner at Greenfield & Flitton Village Hall.  The cards and appreciation that has followed has been overwhelming.  It was the choir's first appearance and they performed brilliantly!

Black History Month - October 2021
Both schools celebrated Black History Month during October.  The children learned about significant people who have made history, for example, Rosa Parks, Mary Seacole, Nelson Mandela and Martin Luther King. They have linked all their learning to our values and our curriculum driver of Diversity.  There is more information on some of the class pages.

Thank you to those parents of Reception and Year 1 that attended the Phonics Workshop evening and we hope that you found it useful.  We understand that not everybody who would have liked to attend would have been able to due to other commitments, so we have uploaded the PowerPoint from the evening which has some useful links that you might like to use with your children.

Our children did an amazing job performing our Harvest Festival.  The Robins performed Dingle Dangle Scarecrow beautifully and tried really hard to join in with all of the singing.  The Wrens spoke so clearly when they performed their Harvest Poem and the actions were wonderful too.  The Owls performed an Autumn Poem with clear and confident voices.  The Herons performed their Harvest Time Poem very well and Eagles took us through the Harvest Alphabet with some lovely pictures.  Our thanks to Joelle and George for leading us in prayer.   It was a pleasure to have Rev David Payne and Margaret Butt in our audience from the church.  Thank you to our parents too for abiding by the rules and for the wonderful donations that we will be sending to Preen.

Our children have enjoyed taking part in some festive activities from arts and crafts, cooking and singing, to Christmas themed maths and English tasks.  Christmas dinner day was a little bit different to normal, but the children still had a wonderful time.  They enjoyed eating their Christmas lunch in their classrooms with their friends and teachers, celebrating with crackers and Christmas songs.  All the children who were in school enjoyed a Christmas story afternoon and also a virtual pantomime afternoon.  We hope that you all have managed to have a lovely Christmas and New Year, albeit, probably a little different to the ones you were expecting.

On Friday 13th November we celebrated Children in Need.  The children were all able to have a non-uniform day and donate some money to Children in Need.  It was lovely to see some of the Pudsey jumpers and ears being worn in school.  Thank you to everybody that donated.

As part of Black History month, each class has had the opportunity to recognise the outstanding contributions people of African and Caribbean descent have made over many generations.  Here are some of the things they learned.

Swifts and Skylarks at Pulloxhill

Swifts and Skylarks found out about the life and achievements of Nelson Mandela. They also looked at some fact files about other famous black men and women including Mary Seacole and Barack Obama. They linked this to their work in PSHE about celebrating people’s similarities and differences. Their homework for half term is to find out about and create a fact file about Rosa Parks.

Kestrels and Kites at Pulloxhill

Kestrels and Kites carried out research on influential black people including comedians, MPs, sports personalities and musicians.  They then produced their own fact files about what they found and how they have made a difference to others.  Their work will be displayed in the computer room.

Robins listened to the story of Rosa Parks. They reflected on their previous learning to help them remember that everybody is different.

The Owls could not believe that there had to be two lines of people waiting for a bus, one for black people and one for white people.  The children wholeheartedly understood and respected the commendable bravery of Rosa Parks.  They took part in lots of drama activities to represent Rosa Park's campaign for equality.  It was wonderful to hear that the children took their knowledge and understanding and shared it at home.  Some of the children even shared their own books from home and read them with the class, supporting our work in remembering and thinking about significant people that have made enormous contributions in making our world a better place for everyone.

The Herons have read many stories and extracts from different black people who have influenced the world.  The whole class found out that Mary Seacole was born in Jamaica more than 200 years ago, during the period when many black people in the Caribbean were forced to work as slaves.  They learned that she carried out amazing medical work in the Crimean war, and that she was a brilliant woman who combated the racial prejudice she experienced during her lifetime.

The Eagles used Anansi the Spider folk tales from West Africa and the Caribbean as a focus for story writing. They looked on a map, listened and retold stories.  They also made their own class story and everyone wrote their own versions.  It was interesting to see the embellishments!  They also found out about African harvests and looked at a real cassava.  Cassava is impossible to peel!  BBC Good Food said to buy it ready prepared so they didn't cook it but it was a focus for discussion.  The Eagles also studied a range of inspiring black people; Lenny Henry, Ian Wright, Jesse Owens, Mary Seacole, Rosa Parks, Lennox Lewis, Barack Obama, Abraham Lincoln, Hattie McDaniel and Simone Manuel.  They also thought about how Marcus Radford, a young footballer, has recently become an MBE for highlighting the need for free school meals to continue during the holidays.

We use necessary cookies to make our site work. We'd also like to set optional analytics cookies to help us improve it. We won't set optional cookies unless you enable them. Using this tool will set a cookie on your device to remember your preferences.

Necessary cookies enable core functionality such as security, network management, and accessibility. You may disable these by changing your browser settings, but this may affect how the website functions.